From 7 November until 19 December 2020 Herma exhibited her work at Gallery 'de Tuinkamer' in Hoofddorp. Due to COVID-19 precautions,the opening and the concert by Ménestrel had to be canceled. Apart from Herma's paintings on wood, canvas and small painted objects, Petrus Griepink showed porcelain and Els Grootaers exhibited sculptures in stone, bronze and steel. Due to the lockdown, this exhibition closed early at December 12.

On this cd, Cor Ardesch plays the complete organ works of Johannes Brahms on the romantic organ of the Grote Kerk in Dordrecht. An informative 32 pages booklet accompanies this cd with information on the life and works of Johannes Brahms, the registrations used ánd beautiful pictures of the organ and the church. You can listen to some audio samples at the website of Cor Ardesch, through which you can also order this cd. 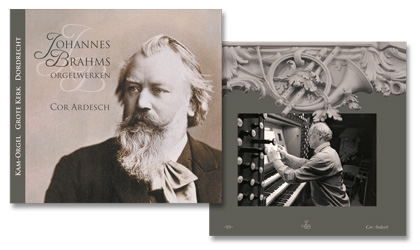 Sander van den Houten is presenting his first CD Timbre. He recorded a varied programme with works of Frescobaldi, played on the Italian organ and Buxtehude, Bach, Mendelssohn, Liszt, Martin and Bunk on the famous Bätz-orgel of the Evangelisch-Lutherse Kerk in The Hague. The booklet comes with programme notes of Albert Clement on the Partite diverse sopra 'Sei gegrüßet, Jesu gütig' oder 'O Jesu, du edle Gabe' of Johann Sebastian Bach and Hans Fidom on the Fantasie in C Minor (opus 57) of Gerard Bunk. 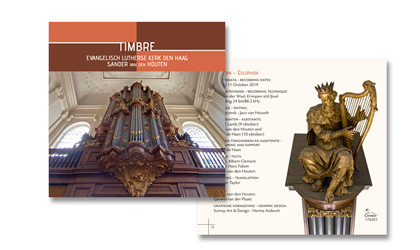 The third edition of the Dutch management book 'De Waarde van Leren' will appear in September 2019 as a paperback, issued by Sunray. This book is a dialogue in which many Dutch professionals give their vision on learning and performing. Bernard Wientjes says: 'For our future, learning is everything.' The content of this book hasn't lost any value since its first edition in 2012. Available through the ROI Institute Europe. 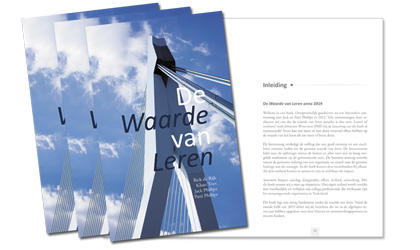 Series of four CD's in which Peter Westerbrink revives the Hanseatic organ culture on famous organs from Groningen, built by Arp Schnitger. He plays compositions by Franz Tunder and contemporaries, such as Praetorius, Scheidemann and Weckman. On these CD's he also performs works by anonymous composers from the same period which is rarely played. You can order the CD's here. 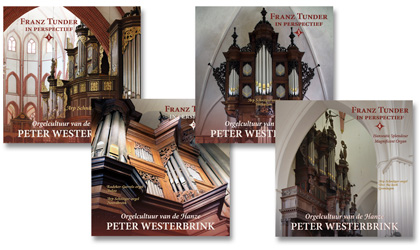 Accompanied by a little angel on her left shoulder and in her suitcase the little elephant, given to her by the painter of Easter and Pentecost, the author travelled to twenty eight countries. Her memories are like aerial roots ('luchtwortels' in Dutch), embedded in quotes of Zarathustra, an unexpected companion in writing this book, with whom she once again, full of wonder, looks at the people she met, at the places she visited and at her own roots. 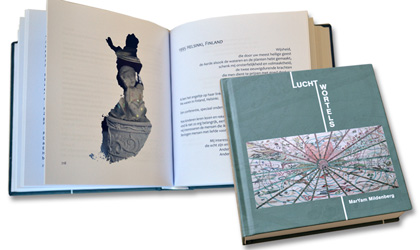 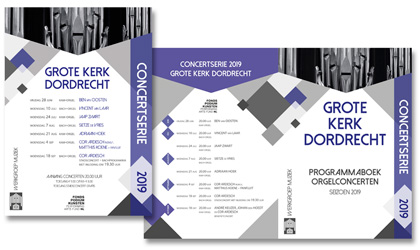 On Inventio 2 Cor Ardesch plays the Bach organ of the Grote Kerk in Dordrecht. Not only Bach sounds wonderful on this organ! Just listen to this CD with works by Couperin (in 2018 it is celebrated that he was born 350 years ago), Muffat, Van den Kerckhoven and Bruna. Just like Inventio I, Inventio 2 comes in a luxury digipack. Highly recommended! 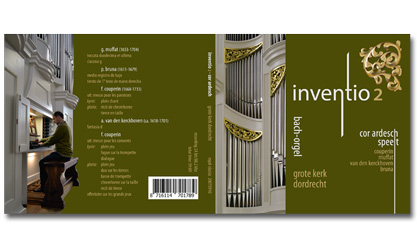 An organ built in 1811, stored for years in a shed and on an attic, is brought to life again in the Oude Kerk of Soest. Organ builder Reil has performed a miracle in having the organ rise from its ashes like a Phoenix. Gonny van der Maten plays it on this CD, which will be presented in November. 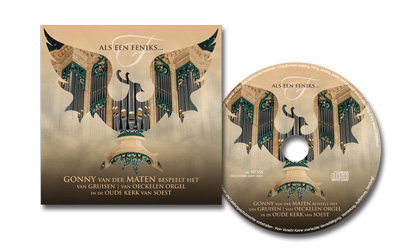 In 2017 Louis Andriessen composed his first organ work, 'The divine routine', commemorating his father Hendrik's 125th birthday. During the opening concert of the Andriessen/De Klerk Festival in Haarlem Gonny van der Maten performed its premiere. Now this composition is recorded on CD, together with more special works from 20th and 21st century composers. The design is inspired by 'De Stijl', The CD booklet explains why. 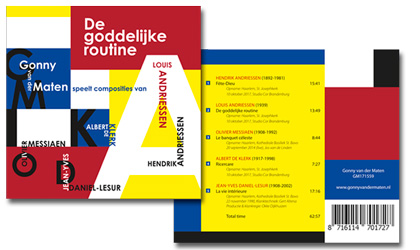 Random passers-by and fleeting moments are depicted by MarYam Mildenberg in 33 poems and 11 photos. She takes you on a walk through the streets of Amsterdam in this special book, written in Dutch. A Sunray edition. 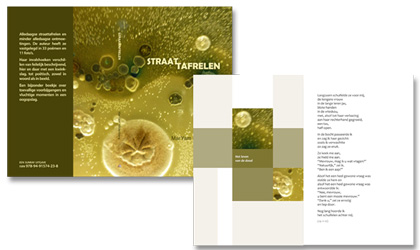 Commissioned by the Soefi Beweging Nederland Sunray designed this brochure. The first step was to find a photo from nature, symbolising the content. Based on this photo, the brochure was designed, emphasising the content and the picture. This brochure can be used in print and digitally. 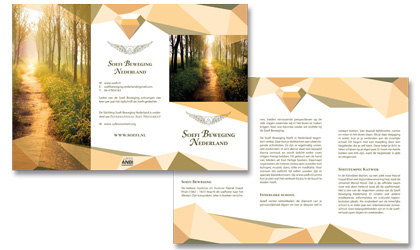 Arjen Leistra, city organist of Schiedam, releases a double-CD, performed on the two organs in the Haven Church and the St. John's Church. The programme consists of compositions Leistra has played during concerts over the last years, although the recordings were done without an audience present. You hear a.o. Bach, Reger, Karg-Elert, Andriessen, Dupré, Widor and Liszt. This double-CD is presented on October 28, 2017. The artwork was created by Sunray. 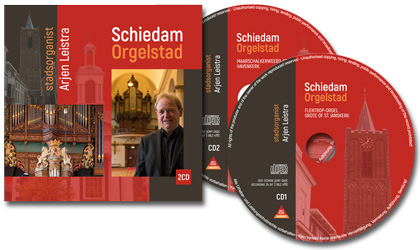 To the news archive